Just Say "NO" to Tyranny

I grew up with a loathing of communism, thanks to my father Leon Kobrin. We lived in NYC in the 1960’s, at the height of the Cold War with Russia. Dad would rail against the system “that made a slave out of everybody!”

His family, along with many other immigrants, had fled the Bolsheviks, the Nazis, and other totalitarian regimes. My aunt had married a Holocaust survivor who, after finding sanctuary in the US, joined our Navy to defeat the Japanese imperialists. Their generation had fought – and many had died – for the preservation of freedom and liberty.

You don’t think about death much as a child, but these brave souls showed me that freedom is a cause worth living – and dying – for.

I remember my teachers warning us about the evil Soviets coming for America. I have a vivid recollection of my sixth-grade teacher imploring us to never forget this moment at the UN: Krushchev emphatically banging his shoe on a podium, while declaring that he would “bury” us.

One high-school teacher, with the prescience of a prophet, had asked my class, “What do you think these ’60’s radicals’ and ‘anti-Establishment hippies’ will be doing in ten years? They will be parents, and brainwash their kids. They will have jobs as teachers, and brainwash your kids. They will be mayors, and bureaucrats, and maybe even President. And you will find out that when they talk about ‘freedom,’ they mean only for themselves. To get their freedom, they will want to take away yours.”

Fast forward to year 2020. The Covid lockdowns; Antifa / BLM riots; and election theft all revealed this ugly truth: my government, and their corporate cohorts, would try to lay claim to my body; my business; my rights as a citizen; and even my life. All for their own selfish benefit. If we let them.

Not in my country.

Come to our monthly zoom classes: 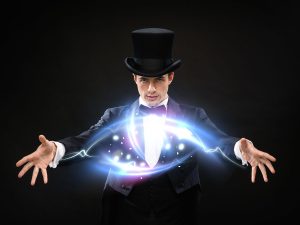 How to Make It Work for You”